Procedures and Timelines for the Halifax City and APSEA  Regional By-Elections: 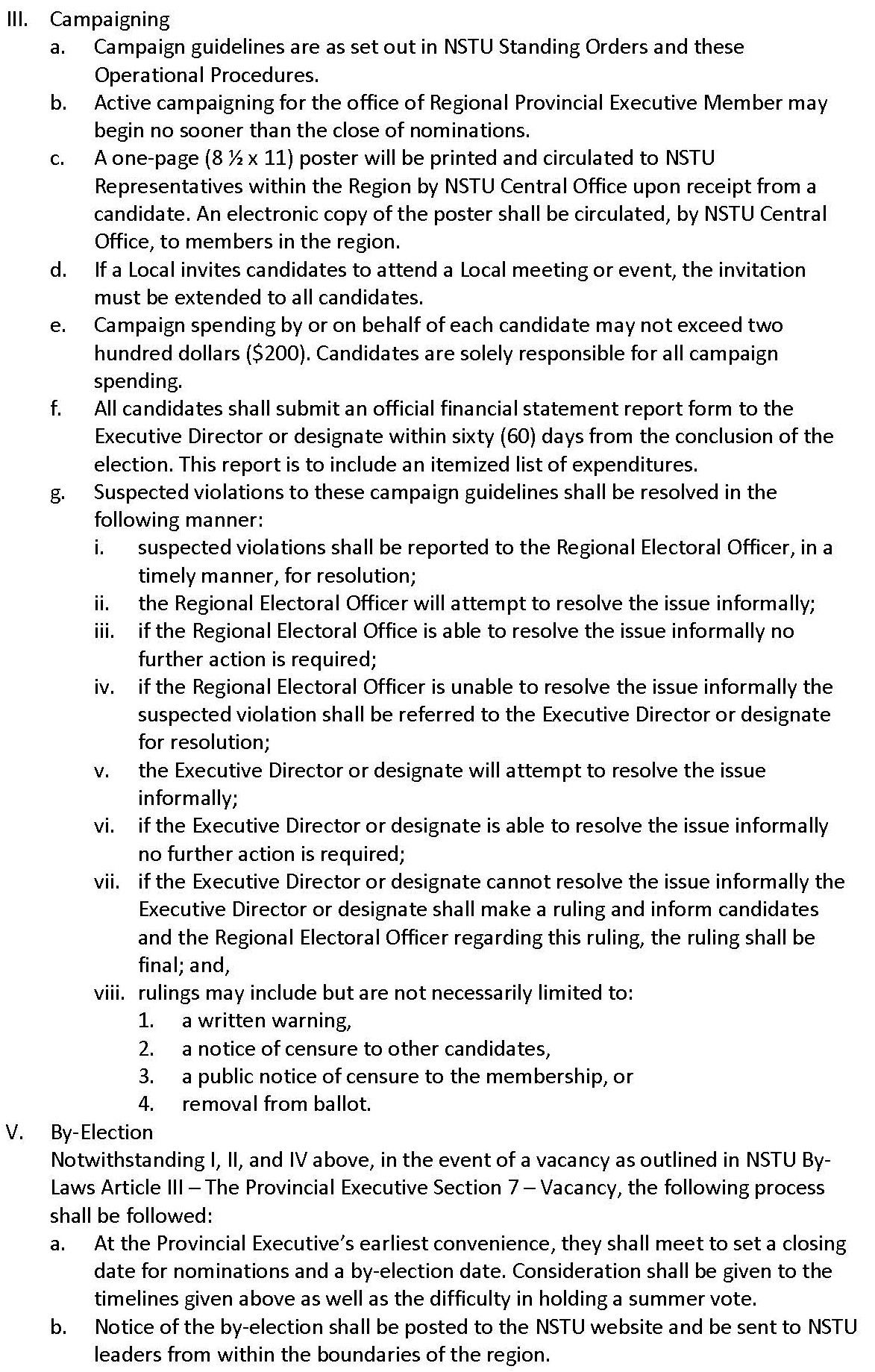 The following candidates are running:

The official Nomination Form is submitted online at:  https://nstu.ca/the-nstu/communications/online-forms/provincial-executive-nomination-form. Confirmation of receipt of the Nomination Form will be emailed to the Candidate upon submission. Candidates will be contacted soon after the close of nominations regarding election procedures.